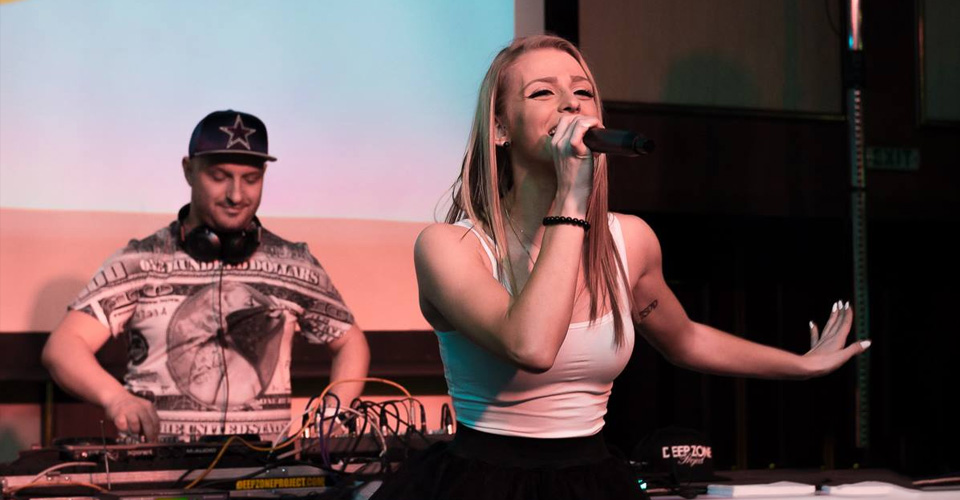 The first by its kind multi-room party in the luxury 5-star hotel Kempinski in Sofia, Bulgaria, held by FlyEvents and Symbol Media Group welcomed more than 1500 guests and became one of the biggest New Year’s Eve events in Sofia.

The unique concept combined with five rooms each of which was absolutely different from the others, great music, a program for the event and the opportunity for everyone to attend whichever hall they wanted to no matter of the reservation proved to be extremely successful. The preparation in Kempinski began 2 days prior to the event in order for the time to be sufficient to completely transform the halls of the hotel in tune with the main concept. This assured us that even the smallest of details would be perfect and that every guest would talk for that New Year’s Eve for a long time.

Deep Zone Project, Metin Enimehmedov and The Star Wars Show were the emphasis in the program for the biggest room in whose luxurious setting more than 700 people welcomed the upcoming 2015. Non the less impressive was the adjacent white hall in which DJ Diass demonstrated his talent and mastery behind the DJ panel in the company of Diva. Around the circular bar and high tables festive cheers were risen by more than 400 guests. The most temperamental ones were positioned the highest- the Balkan-style party held place in a room on the 19th floor which enlightened a breathtaking view of thousands of fireworks in the sky above at midnight. The beautiful girls from Ballet Farm helped hold the atmosphere as party as possible in all rooms and partnered the dancing guests.

For the order and security during the event there were more than 30 guards responsible and the staff was more than 50 people. The passing from hall to hall crowds of hundreds became a true attraction for the guests of the hotel some of whom also joined the party.

The unique event that didn’t stop until morning would have not been possible without the main sponsors – Tuborg and Somersby as well as Telish, Cacharel, Justcavalli, Aesthe Clinic, SkimProt, our friedns for FlyHigh Club and Tripsy Club, our media partners – Radio Zorana, vbox7, Box TV, Disco.bg and Pateshestvenik.com. We thank them all and wish you all to wake up each day with the mood we welcomed 2015 with accompanied by as many achieved dreams as possible. FlyEvents is already preparing new surprises and unique events to make 2015 even more irresistibly interesting.

Look at the photos here!